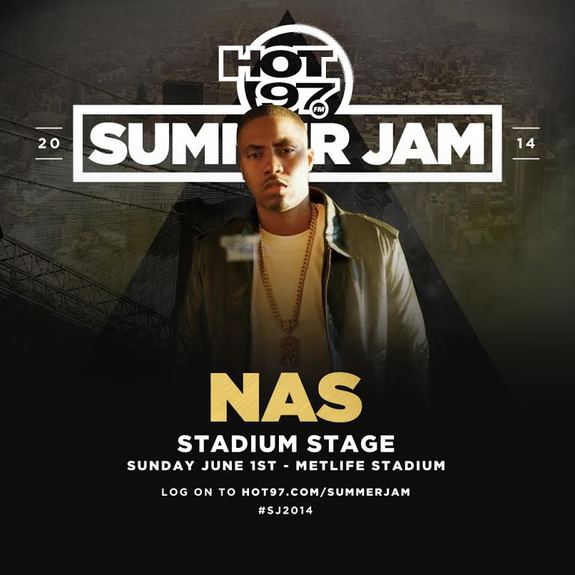 This year's lineup for the 2014 Hot 97 Summer Jam has been announced with Nas joining 50 Cent, Lil Wayne and Young Money, and more. Continuing the 20th anniversary celebration of the release of Illmatic, Nas will take the stage for an unforgettable performance. The annual event, taking place at Metlife Stadium in Rutherford, NJ, will be held Sunday, June 1st. Other artist scheduled to perform at the concert include The Roots, Lil Wayne, Childish Gambino, Jhene Aik, Kid Ink, and more. Tickets will be available to the general public on Friday, April 4th. 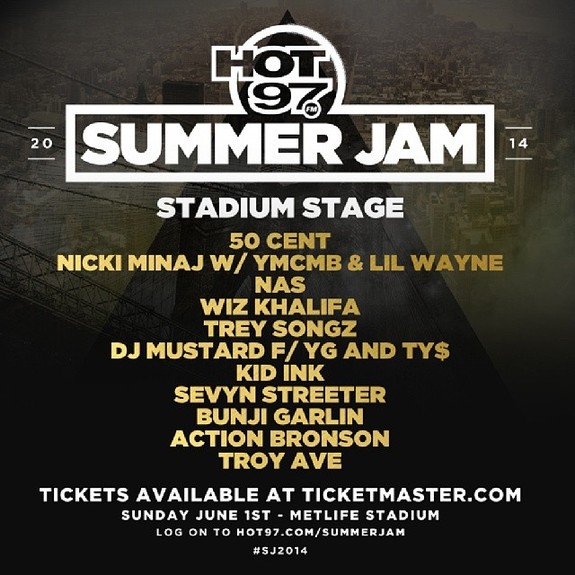