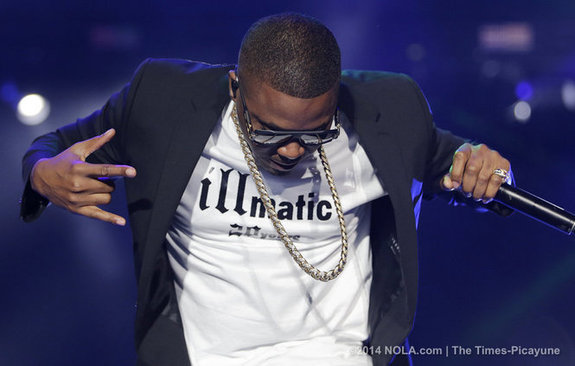 Thursday night, Nas took the stage at the ESSENCE Music Festival to celebrate the 20th anniversary of his debut album, Illmatic, as well as the 20th anniversary of the annual Essence Music Festival with a special performance during the ESSENCES's "Now Playing" concert. Performing at New Orlean's Mercedes-Benz Superdome, Nas headlined a night of entertainment that also included performances from artists K. Michelle, Jesse Boykins III, Jazmine Sullivan and Trey Songz. “It’s an honor to be going out there,” Nas said as he prepared to take the stage. “Twenty years of ESSENCE and at the same time twenty years of my first album. So to do this, like this – it just worked out really crazy.” 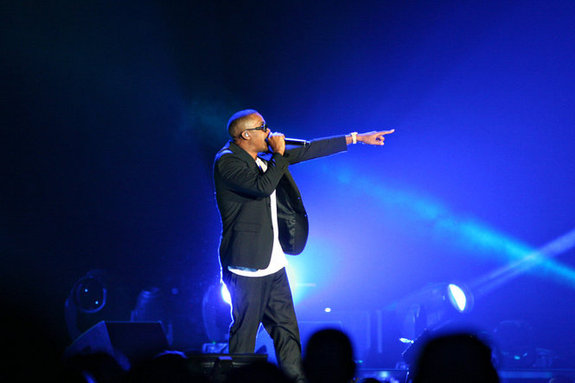 Dressed in a black jacket and 20th Anniversary Illmatic t-shirt, Nas took the stage with a high energy performance of his debut album as the crowd reminisced and joined the emcee rapping lyric for lyric. Backed by DJ Green Lantern and a live band, Nas  continued his performance  mixing in other well known classics, including "If I Ruled The World," "Hate Me Now," and a remixed version of "One Mic" accompanied by a sample of Phil Collin's "In The Air Tonight." The event kicked off the annual ESSENCE Music Festival celebration consisting of three days of performances from more than 80 artists and 150 guest speakers. 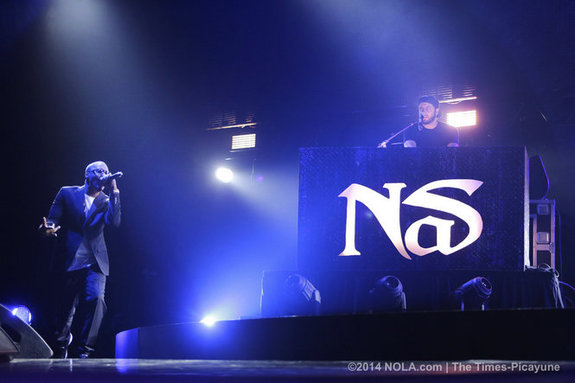