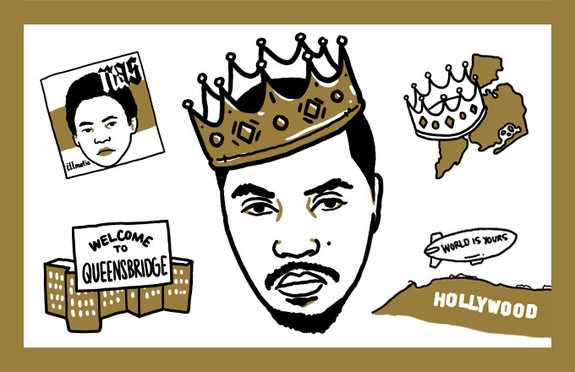 Twenty years ago, Nas set fire to the hip hop world with the release of his debut album, Illmatic. Released on April 19,1994 by Columbia Records, Illmatic has been proclaimed by many as one of the greatest hip hop albums of all time. With superb production, vivid and accurate portrayals of inner city life complimented by lyrical mastery, the album quickly set the bar for hip hop greatness and continues to influence and inspire the culture to this day. This October, fans will have the opportunity to relive the Illmatic phenomena while discovering the intimate details that went into creating the masterpiece with the release of NAS: TIME IS ILLMATIC. As described by Tribeca Film, "NAS: TIME IS ILLMATIC takes us into the heart of his creative process." In celebration of the film's release, Complex Magazine and Hennessy examine the connections of people, places, and situations that inspired the legendary emcee, as well as his impact and influence on others in the twenty years since a kid from Queensbridge took hip hop culture by storm. 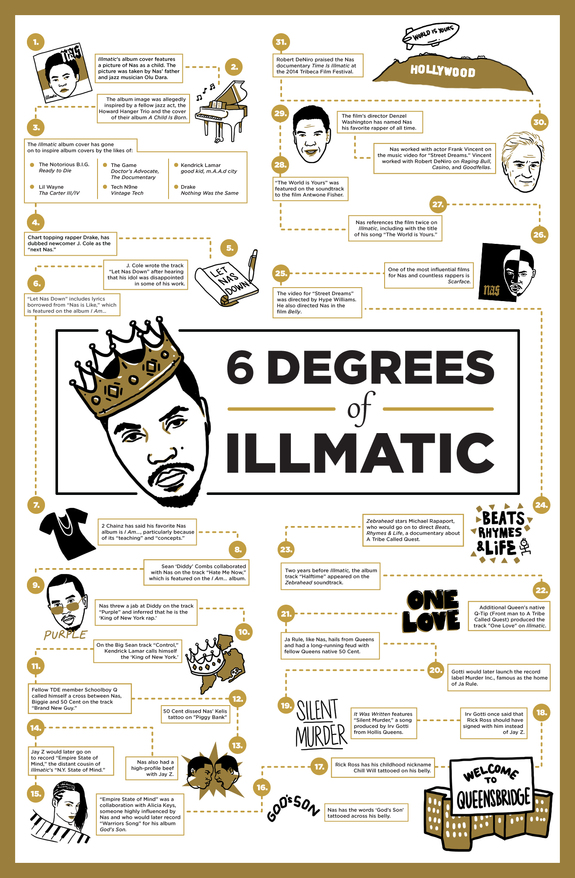